IT Summit Addresses the Topics of Diversity and Inclusion Head On

Early morning, Thursday, June 6, the Martin Luther King, Jr. Student Union was already a buzz of activity with attendees making their way into the building to participate in IT Summit 2019. The high energy continued throughout the day at this annual conference featuring a keynote by Chancellor Christ and a panel discussion on Diversity and Inclusion, this year’s theme.

The crowd gathered in West Pauley Ballroom was welcomed by Liz Marsh, Director of Strategic Initiatives and Chief of Staff to the CIO, and also the chair of the One IT Committee this year. She   provided a short summary of the day ahead before inviting Larry Conrad, Associate Vice Chancellor for IT and CIO to the stage. Larry began his talk by sharing his experience meeting with CIOs at other universities who are embracing the concept of our One IT community and launching similar initiatives. “This movement that we started here, the One IT movement, has spread across the country. We've got universities all over the country who have seen what we're doing and are mimicking it...that's a good thing, and I hope you all feel good about, once again, Berkeley breaking new ground and providing leadership.” He went on to discuss the latest updates that have been made to the Reimagining IT (ReIT) Strategic Plan to more closely align with the campus-wide plan announced last December highlighting the diversity and inclusion goal. Larry shared side-by-side versions of the plans demonstrating how the goals outlined in the ReIT plan directly support those for the campus and provided examples of some of the key priorities that are currently in progress. Watch Larry’s address | View presentation slide deck

Next, Chancellor Carol Christ spoke, opening with, “First, I want to thank you for all of the excellent work that you do. IT is one of those things that is perfect when it's invisible, and I know how much hard work goes into the incredible level of service and accomplishment of our IT on this campus.” The chancellor laid out the foundational questions that were asked when creating the campus plan and shared her three primary goals, giving examples of how IT will play a critical role in their success. Tied to the summit’s theme, Christ explained, “The third of my goals is diversity. Berkeley used to lead the UC system in the '90s, in the diversity of its student body. It now trails the UC system in the diversity of its student body. I think it's essential to become more diverse and I have many groups working on this with every campus constituency, faculty, staff, students, both undergraduate and graduate students, so that we can become more diverse, more representative of the state of California.” When the chancellor finished her comments about the campus strategic plan, she was joined by Jenn Stringer, Assistant Vice Chancellor for IT and Deputy CIO for Q&A with the audience. Watch the chancellor’s keynote

Following the chancellor’s keynote was an engaging panel discussion on diversity and inclusion moderated by Camille Crittenden, Deputy Director of CITRIS and the Banatao Institute, co-founder of the CITRIS Policy Lab and the Women in Technology Initiative at UC. The impressive list of panel members from both on and off campus included: Elida Bautista, Director of Diversity and Inclusion at Berkeley Haas; Billy Curtis, Director of the Gender Equity Resource Center at Berkeley; Yvette Gullatt, Vice Provost for Diversity and Engagement and Chief Outreach Officer for UC system; and Mohammed Soriano Bilal, Assistant Dean and Managing Director for Diversity and Inclusion Programs at Stanford. Listen to the discussion.

After lunch on the Pauley Terrace, participants had the option to talk with vendors in the Sponsor Showcase or stroll through the Exhibit Hall to see what peers had to share. Every year, this space is hopping with IT professionals sharing new technology that is being launched or accomplishments made over the past year. Take a virtual spin through the Exhibit Hall

Summit attendees had four afternoon sessions to choose from centered around the diversity and inclusion theme, professional development, and ReIT Ted Talks to delve further into some priority initiatives. At the end of the conference, Larry shared some key take-aways from the day then Liz Marsh and April Wolford took the stage to draw tickets for awesome raffle prizes donated by our sponsors. April is a One IT committee member who has done a great job managing sponsorship for the summit over the last few years. Congratulations to all the lucky winners!

The buzz of the day continued after the prizes were disbursed. Everyone was asked to join together on the Terrace for social networking hour (sponsored by HP Aruba) to raise a glass and have one last opportunity to connect and celebrate the day. 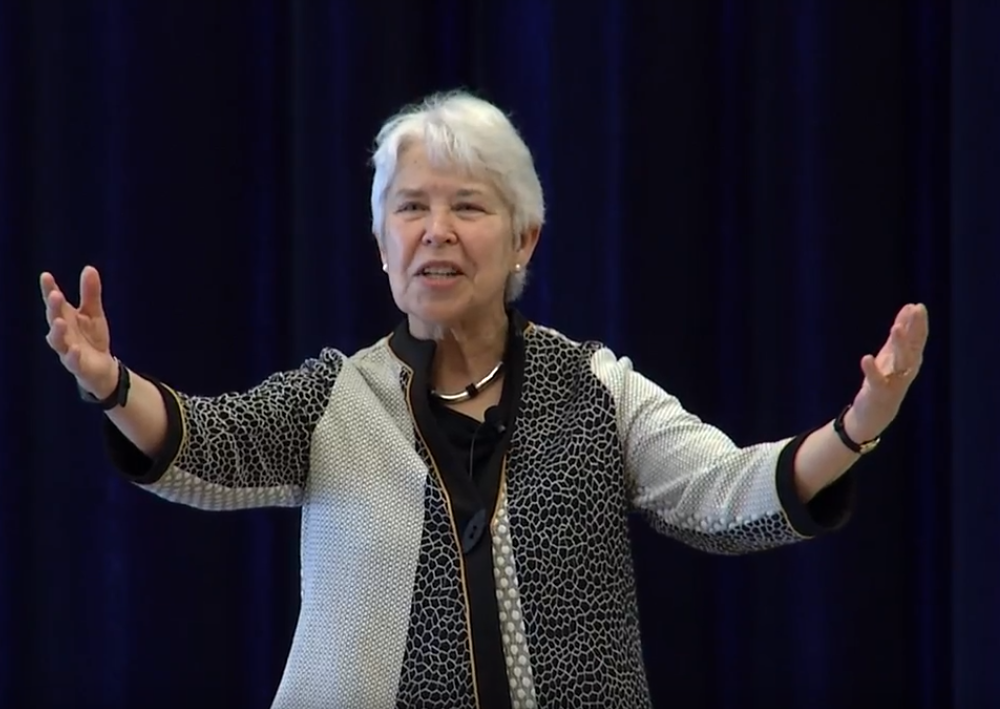